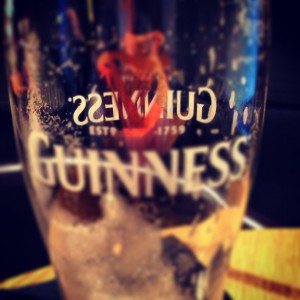 One of the most memorable, (for the wrong reason), hotel incidents had been early on in my travelling career. Inexperienced and innocent, I knew little about the dangers of hotel travel and consequently enjoyed a very happy-go-lucky approach to life.

I was staying in the Duke of Cornwall Hotel, Plymouth, (of which I can remember nothing, but this incident), it must have been around 1991. I had finished my room service meal a couple of hours earlier on this particular evening, and I was beginning to settle down for the night.

When waking in the night, I often like to have a glass of water beside my bed, especially if I’ve had a drink, as I can wake with a raging thirst! Mid-undressing, getting ready for bed, and whilst brushing my teeth, it occurred to me that the only glass I had in the room was about the size of a thimble, which was never going to cut it if I woke during the night.

Thinking outside the box, my mind skipped to my room service tray, which I had earlier placed outside my room. On the tray there was an empty pint glass, which would fit the bill perfectly. I sneaked out quietly, so as not to draw any attention to myself, and reached for the glass, still on the tray, which I had placed on a dresser beside my room’s door. It was around 10 pm and naturally, thankfully, the coast was clear at that time of night.

Dressed only in a Stranglers tee-shirt, my underpants and a pair of socks, my sneaking and heightened vigilance must have distracted me and an unthinkable consequence would become immediately apparent.

I shit-you-not, in like some kind of Carry On film plot, no sooner had I stupidly allowed my bedroom door to close behind me, and I began frantically rattling the door handle in vain, did I hear the ominous sound of another door opening behind me.

Within moments, the evening had deteriorated from a normal weeknight business trip in a nice hotel, to what was likely to be one of those schoolboy homework-forgetting moments, or worse, the dream where you arrive at school without your trousers on.

Well, all those dreams, (nightmares), had come true at that very moment. With one hand still glued to, and still rattling, the door knob of my well and truly locked door, I turned my head to investigate the noise I had just heard.

My ears had served me well. I had heard correctly. The noise I heard was indeed that of an opening door. Unfortunately, it wasn’t the door of a restless, nubile, partly clothed, single female, on the prowl for an empty pint glass.  No – it was the sound of one half of a pair of double doors opening. Within seconds, and trust me when I say this, the next few moments felt like an eternity of shame, because the noise was repeated by the noise of the other half of the set of double doors opening too. From within the room the doors were attached, I’m estimating about 40 middle-aged women proceeded to file past, following their wine tasting evening, which had concluded with stunningly catastrophic coincidence, with my mis-guided decision to venture from my room, dressed in probably the most embarrassing combination of clothing I could possibly have managed.

I’m not sure if it was the wine they had consumed that evening, or perhaps the sight of a clearly, highly embarrassed, only partly dressed young man, some 20 – 30 years their junior, squirming quite uncontrollably, that stimulated their reaction. I’ll never know which it was, but almost every one of those women were prompted by something, to make some kind of smart-arsed remark at my expense. I’ll not lie, I won’t profess to remember what most of them said to me that night, but I do remember what one of them said, and which one said it, as if it had been said to me yesterday.

After all of her half-pissed posse had passed me by, it was the very last woman who spoke the words I remember. They were some of the sweetest words I had ever heard, until that day, and until this day too! “Shall I send someone from reception?”, she said. I could have hugged her. Her feelings of pity had obviously fought off her feelings to make another inappropriate comment and if she followed through with this offer of a rescue, I might then be spared the final humiliation of having to actually visit reception myself!

Thankfully, the offer was fulfilled, and a chap, who had clearly been briefed (pun intended), on the matter, kindly allowed me access to the sanctuary of my bedroom.

In the 23 or so years since this incident occurred, prompted by the lasting unpleasant memory of it, I have never since repeated this act of stupidity, partly clothed or otherwise. I hope this story serves as a warning to you all, and if it does, you’re welcome!